I Survived the Children's Blizzard 1888 (Prebound) 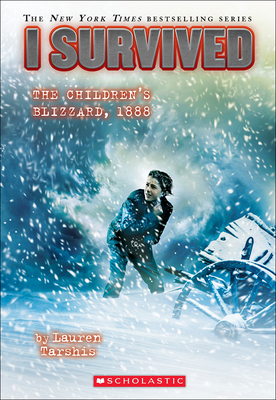 This is book number 16 in the I Survived series.

Eleven-year-old John Hale has already survived one brutal Dakota winter, and now he's about to experience one of the deadliest blizzards in American history. The storm of 1888 was a monster, a frozen hurricane that slammed into America's midwest without warning. Within hours, America's prairie would be buried under ten feet of snow. Hundreds would be dead, thousands terrified and lost and freezing.

John never wanted to move to the wide-open prairie. He's a city kid, not a tough pioneer But his inner strength is seriously tested when he finds himself trapped in the blinding snow, the wind like a giant crushing hammer, pounding him over and over again. Will John ever find his way home?

Lauren Tarshis's New York Times bestselling I Survived series tells stories of young people and their resilience and strength in the midst of unimaginable disasters. Lauren has brought her signature warmth and exhaustive research to topics such as the September 11 attacks, the destruction of Pompeii, Hurricane Katrina, and the bombing of Pearl Harbor, among others. She lives in Westport, Connecticut, and can be found online at laurentarshis.com.