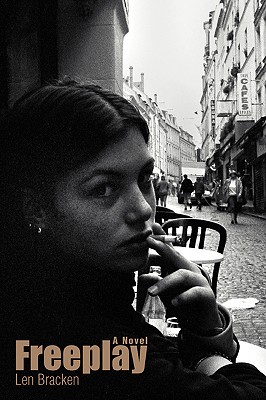 "There's a growing trend in the modern imaginative novel to mimic the rapidfire intercut of information in our media age, collaging together a sort of holographic hyperdimensional text rather than plotting a simple linear story. I think of Moorcock's "Cornealius Chronicles," Shea & Wilson's "Illuminatus " trilogy, and Scholz & Harcourt's "Palimpsests" on the professional scale, and the work of such writers as Don Webb, Misha and Mink Mole in the small presses. Well, this book is an unexpectedly delightful addition to the genre (which, in case you have any doubt, is one I appreciate very much)."

"Freeplay reminded me of a more techno-political version of Rainbow Bridge, the film about Jimi Hendrix . I was impressed." Richard Peabody author of "Joints on Bridge"

"From Cam's initial meeting with Tancredo in a bar out of Sam Spade's old haunts, to the debacle in Moscow, to the nirvanic finale, Freeplay kept me glued to the page. It would take someone totally devoid of imagination not to live each scene in this deftly crafted game." Jim Keith, "Dharma Combat"

"Bracken writes a fast-paced chronicle of a jet-set team of free spirits who channel their anger into the creative world of sensual and technological game playing. Bracken exploits the obvious in descriptive tantrums and doublespeak. Plenty for the metaphysical anarchist to chew on." Mark Hand, " Incite.