The Ditch: A Novel (Hardcover) 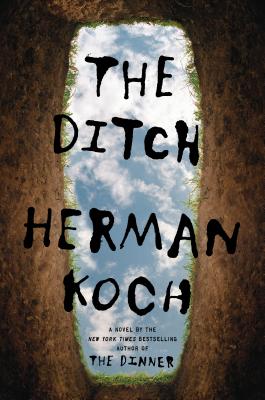 The bracing and inventive new novel of suspicions and secrecy from Herman Koch, the New York Times bestselling author of The Dinner

When Robert Walter, popular mayor of Amsterdam, sees his wife toss her head back with laughter while chatting to one of his aldermen at a New Year's reception, he immediately suspects the worst. Despite their long and happy marriage, Robert is convinced that Sylvia is cheating on him—with the respectable alderman who is dedicated to the environment, no less. The man who wants to spoil the capital's skyline with wind turbines.

The New Year's reception marks the end of the “happy family” era that the mayor has enjoyed for so long. His wife and their daughter, Diana, however, are not aware of his suspicions and carry on as usual. Robert starts spending a lot of time and energy “behaving normally.” Naturally, his normal behavior is far more suspicious. Normally Robert's not really present when he's at home--he's preoccupied with his phone, the newspapers, and his own thoughts. But now Robert is so sure he'll miss the clues if he doesn't pay attention that he starts to be almost alarmingly attentive and interested--ultimately losing himself in increasingly panicked and paranoid trains of thought.

Written with Herman Koch's trademark originality, playfulness, and edge, The Ditch is a wildly clever—and guttingly familiar—story of a man whose sadistic skill for undermining himself and his marriage comes to cost him nearly everything.

Praise for The Ditch

“Provocation, life in the spotlight and tasty cuisine are also present and accounted for in Koch’s spiky new book, The Ditch. . . . Koch again seeks to show the fault lines beneath the surface of ostensibly civilized society.”—The New York Times Book Review

“Clever, rollicking, and intense . . . an unreliable tale for the ages.”—Vanity Fair

“Koch has crafted a pitch-perfect tone for a man consumed by jealousy. . . . A shadowy tale of the power of projection.”—Kirkus Reviews

“A compelling exploration by a master stylist of what jealousy and distrust can do even to a solid relationship.”—Booklist

HERMAN KOCH is the author of nine novels and three collections of short stories. The Dinner, his sixth novel, has been published in more than 50 countries and was the winner of the Publieksprijs Prize in 2009. He currently lives in Amsterdam.