Basin and Range (Annals of the Former World #1) (Paperback) 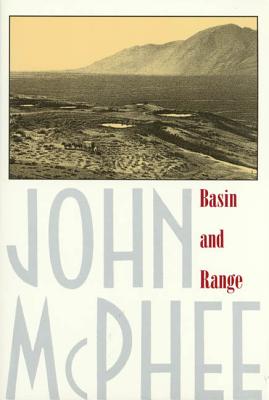 The first of John McPhee's works in his series on geology and geologists, Basin and Range is a book of journeys through ancient terrains, always in juxtaposition with travels in the modern world—a history of vanished landscapes, enhanced by the histories of people who bring them to light. The title refers to the physiographic province of the United States that reaches from eastern Utah to eastern California, a silent world of austere beauty, of hundreds of discrete high mountain ranges that are green with junipers and often white with snow. The terrain becomes the setting for a lyrical evocation of the science of geology, with important digressions into the plate-tectonics revolution and the history of the geologic time scale.

John McPhee was born in Princeton, New Jersey, and was educated at Princeton University and Cambridge University. His writing career began at Time magazine and led to his long association with The New Yorker, where he has been a staff writer since 1965. Also in 1965, he published his first book, A Sense of Where You Are, with Farrar, Straus and Giroux, and in the years since, he has written over 30 books, including Oranges (1967), Coming into the Country (1977), The Control of Nature (1989), The Founding Fish (2002), Uncommon Carriers (2007), and Silk Parachute (2011). Encounters with the Archdruid (1972) and The Curve of Binding Energy (1974) were nominated for National Book Awards in the category of science. McPhee received the Award in Literature from the Academy of Arts and Letters in 1977. In 1999, he was awarded the Pulitzer Prize for Annals of the Former World. He lives in Princeton, New Jersey.

“In Basin and Range, McPhee is not so much a visiting amateur as a rhapsodist of "deep time" . . . The result is a fascinating book.” —Paul Zweig, The New York Times Book Review

“One result of the trip west is an introduction to plate tectonics--probably the most readable summary extant. Geologists will find it sound, others will find it understandable and illuminating.” —Geotimes

“He triumphs by succinct prose, by his uncanny ability to capture the essence of a complex issue, or an arcane trade secret, in a well-turned phrase.” —Stephen J. Gould, New York Review of Books

“An exciting account of geology and the geologist, providing both an excellent history and an up-to-date snapshot of our science in the 1980s.” —Howard R. Gould President, the Geological Society of America

“McPhee has taken on something that all of us--especially the American Geological Institute and its news magazine Geotimes--should take on: the explanation to non-geologists of what geology is all about.” —Wendell Cochran, Geotimes

“The best popular portrayal of geology that I have seen in my thirty-two years of experience as a professional geologist.” —H. A. Kuehnert, Director, Worldwide Exploration, Phillips Petroleum Company