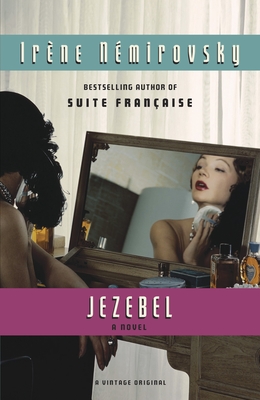 A stunning novel about mothers and daughters, about vengeance, and an aging, still beautiful woman on trial for shooting her lover.

In a French courtroom, the trial of a woman is taking place. Gladys Eysenach is no longer young, but she remains striking, elegant, cold. She is accused of shooting dead her much-younger lover. As the witnesses take the stand and the case unfolds, Gladys relives fragments of her past: her childhood, her absent father, her marriage, her turbulent relationship with her daughter, her decline, and then the final irrevocable act. With the depth of insight and pitiless compassion we have come to expect from the acclaimed author of Suite Francaise, Irene Nemirovsky shows us the soul of a desperate woman obsessed with her lost youth.

Irene Nemirovsky was born in Kiev in 1903 into a wealthy banking family and immigrated to France during the Russian Revolution. After attending the Sorbonne in Paris, she began to write and swiftly achieved success with David Golder, which was followed by more than a dozen other books. Throughout her lifetime she published widely in French newspapers and literary journals. She died in Auschwitz in 1942. More than sixty years later, Suite Francaise was published posthumously for the first time in 2006.

Praise for Irene Nemirovsky and Jezebel:

“Nemirovsky wrote, for all to read at last, some of the greatest, most humane and inclusive fiction that conflict has produced.”
—The New York Times Book Review

“Nemirovsky’s scope is like that of Tolstoy: She sees the fullness of humanity and its tenuous arrangements and manages to put them together with a tone that is affectionate, patient, and relentlessly honest.”
—O, The Oprah Magazine

“Brilliant. . . . [Nemirovsky wrote] with supreme lucidity [and] expressed with great emotional precision her understanding of the country that betrayed her.”
—The Nation

“Transcendent, astonishing. . . . Like Anne Frank, Irene Nemirovsky was unaware of neither her circumstance nor the growing probability that she might not survive. And still, she writes to us.”
—The Pittsburgh Post-Gazette