The Human Brain - Wonders and Disorders: My Collected Works in Neuroscience Research (2018-2020) (Paperback) 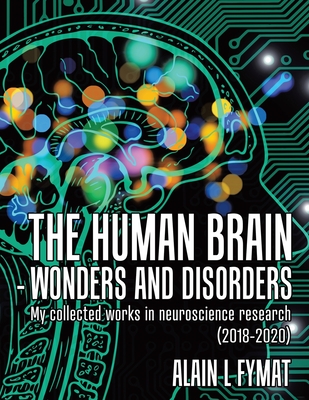 By Alain L. Fymat
$52.11
Ships from warehouse to store in 1-5 business days
(PLEASE NOTE: This book cannot be returned!)

Our earliest recorded history of brain diseases dates back to the neolithic period (12,000 BCE) when trephination (or trepanation) was practiced by diverse societies. Although begun in prehistory, trephination did not disappear as human society progressed. Trephined skulls were found in ancient regions of the Middle East, Europe, and China. Even today, a different form of the world's oldest surgery (craniotomy) is sometimes performed by modern brain surgeons; for instance, to remove a brain tumor or treat an aneurysm. However, unlike trephination, which results in a permanent hole in the skull, the modern process requires the replacement of the removed bone fragment after the brain surgery is completed. As an entity, the brain was already known in Ancient Egypt as evidenced by an Egyptian hieroglyph dating back to 1700 BCE. A papyrus (acquired by Edwin Smith in Luxor in 1862), prepared a century later, is the world's oldest surviving surgical document. While it describes in exquisite details anatomical observations, examinations, diagnoses, treatments, and prognoses of 48 types of medical and brain problems, it did not reveal any Ancient Egyptian attempt at brain surgery. Skipping over the intervening centuries, I aim in this book to share with the reader not only the disorders of the human brain but also its wonders as fathomed during these modern times. I hope the journey will be an informative and enjoyable one.