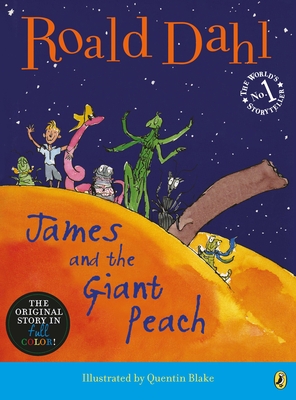 From the bestselling author of Charlie and the Chocolate Factory!

James Trotter loses his parents in a horrible accident and is forced to live-miserably-with his two wicked aunts. Then James is given some magic crystals that give him hope. But when he accidentally spills these crystals on an old peach tree, strange things begin to happen. A peach starts to grow and grow until James is able to climb inside and escape his awful aunts! And through this adventure, he makes some interesting friends, including Grasshopper, Earthworm, Miss Spider, and Centipede, and finally finds a place where he belongs.